What Is The Cause Of All This Divisiveness? 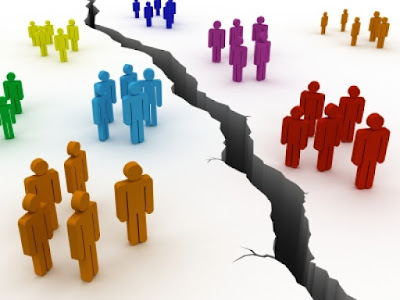 I can give you many examples. Let's start with abortion. Rowe probably would have stayed had democrats not tried to expand abortion rights all the way to birth. Then they added late term abortions, meaning that a baby is killed that was perfectly capable of being a fully functioning human being.
And then you had democrats making laws where republicans were forced to pay for abortions through their taxes. Look, I don't want you taking my hard earned money and spending it on things I don't approve of.
And from here I can segue to global warming. Democrats believe in global warming. That's fine. But then democrats want to tax republicans and force them to pay for global warming via their taxes. Is that fair? It is if you are a democrat. But it's not fair if you are a republican.
And republicans aren't necessarily anti-global warming. Some are. Some are not. Still, we know that raising taxes for Americans and increasing regulations to businesses is not the way to improve global warming. If they worked, then at what point have you taken enough of our money? When do you decide: Okay, we are done. The answer is you will never be satisfied.
And you wonder why we are divisive.
You have democrats believe illegal immigrants should be allowed to freely come into our country with no checks on whether they carry deadly diseases or are criminals. And then they send these people to republican areas of the country and tell us we have to feed and take care of them. How is that fair?
Posted by John Bottrell at 12:48 PM No comments:

It's Not Fair To Make Me Pay Off Your Debt

My liberal friend said Biden is going to help students pay off their debt. He said his kids have $60,000 in student loan debt. And he thinks it's not fair they have to have this debt. So he's all for Biden at least giving $10,000 to each student.

Posted by John Bottrell at 5:26 AM No comments:

Democrats Are Responsible For Dividing Our Country, Not Republicans

My friend told me Trump is responsible for dividing our country. it is not true. He said it is because of his mean words. Him calling democrats and people he doesn't agree with stupid. But we know this is not true, as democrats have been mean to republicans for years. And republicans continue to take the high road. And it gets them no where.  Until Trump came along and gave democrats some of their own game. And I talked about this yesterday.

Today I can take this a step further. Think of the things democrats are trying to do to America. Democrats are the ones who want to take guns away from law abiding citizens. Democrats are the ones who are allowing illegal immigrants to come across our borders to take our jobs and rape our women. They are for no borders so drugs can pour across our borders.
Democrats are the ones who want to take your well earned money to give it to causes that you don't support. They want to take your money to pay off the loans of college students, when you had to pay off yours on your own. Heck, my friend said that, since I don't want to do this is because I don't understand the loan problem facing young adults today. Really? I am struggling to pay my bills because of high gas prices and inflation. And my friend thinks my money needs to go towards giving $10,000 to every person with a college loan. Why is that my responsibility? Why do I have to pay off the debts of people I don't even know? And all that is going to do is add to our inflation problem.
It's democrats who want to allow men who think they are women to compete against our women in events like swimming. It is democrats who want men who identify as women to use the same bathrooms as our daughters. It's democrats who want to teach our children about sex when they are in elementary school, and they want to do this against the will of parents.
It is democrats to fire our white male teachers and coaches who pray with our children after a victory on the soccer field. It's democrats who want to take God out of our lives, and they make every effort they can to take God out of our kid's lives.
It is democrats who are teaching our kids the opposite of what we want them to learn. It is democrats who want to teach our kids that our great nation was built by slavery, while we want our kids to be taught the truth, that our nation was built despite slavery. They want to teach our kids that America is the cause of all the problems in the world. While we want our kids to know the truth, that other nations are free BECAUSE of America.
It's democrats who forced people to wear masks against their wishes during COVID. It's democrats who tried to force people to get vaccines during COVID. And yet they say things like, "My body my choice," in regards to allowing mothers to murder their babies. It's democrats who ignore our constitution and force things on us that that we do not want.
It is democrats who try to make one group of people less offended while at the same time offending another group of people.  It's democrats who make sure minorities are respected and are the focus of policies, while at the same time denying the rights of the privileged. And they have bias training  for white Christian men that forces them to agree to things that are against their faith and traditions just to keep their jobs.
It is democrats who call republicans "a basket of deplorables." And yet Trump calling Hillary "Crazy Hillary" is what is causing a national divide? It's crazy.
It's democrats who give those accused of crimes no bail. And it's democrats who get criminals out of jail for free, only so these people can commit more crimes while they are free. And then they wonder why crime rates like murders are soaring in our cities.
Trump cut taxes and regulations. Trump had the economy soaring. Trump closed our borders and made sure illegals stayed out. Trump made it so black and Hispanic unemployment was lower that it has ever been in recorded history. Female unemployment was lower than it was for more than half a century. The economy was doing better than it had in decades.
Democrats see two Americas: Those who are wealthy and those who live paycheck to paycheck. Those who are traditional Americans (white, Christian) and those who are minorities (black, women, Indians, Hispanic, etc.). Democrats view those who worked hard and succeeded as the enemy, and those who struggle are, and the good guys are the poor and underclassed. And they aim to pit these two groups against one another by their policies and their words. They say the rich are greedy. They say the rich don't pay their fair share. They say these mean things, they do all these mean things, yet they want you to think Trump is mean.
And, of course, the end result is an America divided.
And yet Trump is responsible for our national divide? Yeah! We know the truth. Trump is the result of their divisive politics. The the cause of national divide is liberalism and the democrats who spread it.
Posted by John Bottrell at 2:26 AM No comments: